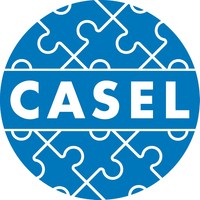 A report titled Respected: Perspectives of Youth on High School & Social and Emotional Learning, shows that more than three-quarters (77 percent) of recent high school students believe their schools could have done a better job of helping students develop key social and emotional learning (SEL) skills, which are particularly needed at this time of national division, rising violence, anxiety and historic levels of mistrust. It also shows the U.S. education system is not doing enough to help young Americans develop crucial SEL skills such as empathy and confidence, which can have an overwhelmingly positive impact on academic performance and overall well-being.

The report shares the results of a nationally representative survey of 1,300 current high school students and recent graduates. It was produced by Civic and Hart Research Associates for the Collaborative for Academic, Social, and Emotional Learning (CASEL), made possible by The Allstate Foundation.

“Young people need help developing their social and emotional skills – especially today, when they are facing vitriolic national dialogue and so many tragic, life-altering events,” said Timothy Shriver, Board Chair of CASEL. “To reach personal goals, build stronger communities and help heal the nation, we all need strong social and emotional skills, such as knowing how to get along with different people and deal with stress.”

The research also finds vulnerable students feel especially impacted by social and emotional problems in school. For example, Hispanic students are less likely to report feeling physically safe in their high schools (67 percent) than their African American (76 percent) or White (83 percent) peers. The data further shows that students from below-average-income backgrounds are less likely to feel physically safe (63 percent), comfortable participating (39 percent), and excited about learning (48 percent) in school than their more privileged peers. They are also more likely to feel lonely (48 percent) and bullied (40 percent) in school.

“Many recent high school students feel unprepared for their futures and see a big missing piece in their education,” said John Bridgeland, CEO of Civic and co-author of the report. “If we address this ‘preparation gap’ head on by developing their social and emotional skills, we will also open the door to a stronger future and cultivate a generation of leaders who can work across differences to solve public challenges.”

“We all play a critical role in helping youth develop the skills and abilities to be productive members of the workforce, engaged citizens in our democracy and fulfilled adults,” said Victoria Dinges, senior vice president, Allstate. “It isn’t about quick fixes. It’s about creating meaningful systemic change. That requires us to listen to the ideas that youth have about making the world a better place and providing them with the tools to make their communities better for all.”

In addition, the National Commission on Social, Emotional, and Academic Development, which both Shriver and Bridgeland are part of, will release a report in early 2019 to support educators in developing students’ social and emotional skills.