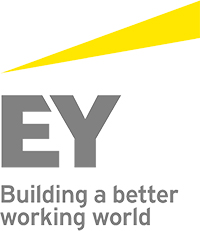 Despite ongoing systemic barriers and other external challenges, Black and Hispanic/Latino entrepreneurs continue to experience revenue growth, according to the 2022 EY Entrepreneurs Access Network Survey produced by Ernst & Young LLP (EY US).

Fintech is on fire and Hispanics, are adding fuel to the flame, according to the latest research report by Plaid (Fintech Effect 2021). The report showcases how the pandemic has accelerated fintech adoption, growing from 58% usage in 2020 to 88% usage in 2021. That’s a 52% increase in one year!  By Karla Fernandez Parker - Advertising Executive, Senior Leadership, and Multicultural Marketer

Marketing during a recession: Finding the upside of an economic downturn

Brands and advertisers just now settling into a post-COVID marketing rhythm could be facing another major disruption, this time in the form of a global recession. With 60% of economists predicting a Euro-zone recession, and an expected global growth rate of only 2.9%—down from 4.6% at the beginning of the year—an economic slowdown seems inevitable.

Inflation refers to a broad rise in the prices of goods and services across the economy over time, eroding purchasing power for both consumers and businesses. In other words, your dollar (or whatever currency you use for purchases) will not go as far today as it did yesterday. To understand the effects of inflation, take a commonly consumed item and compare its price from one period with another.

A new survey by Junior Achievement USA and Fannie Mae shows most teens (88%) would like to own a home someday. The survey reflects that most teens (85%) believe "owning a home" is part of "the good life," compared to nearly as many adults (87%) based on Fannie Mae's Q4 2020 National Housing Survey®.

According to the report, about half of marketers are not spending enough in a channel to get maximum ROI. While a poor ROI might cause brands to pull back on spending, Nielsen found that spend often needs to be higher to break through and drive returns. Nielsen's "50-50-50 Gap" states that while 50% of media plans are underinvested by a median of 50%, ROI can be improved 50% with the ideal budget.

Social Security is not enough. Anyone currently living on a monthly Social Security check can attest to that. Unfortunately, most Americans don’t fully grasp that reality until they reach retirement age. This problem is even more pronounced in the Hispanic community, which lags other groups in retirement savings.

The report shows Latinos and Hispanics prioritize providing financial support for their loved ones. It also found that in spite of challenges faced in access to financial services, Latino investors have charted successful paths to wealth.

NBCUniversal Telemundo Enterprises is again bringing awareness to Financial Literacy Month through the next phase of its national Nuestras Finanzas (Our Finances) campaign to continue to empower the U.S. Hispanic community with information and resources about key aspects of financial literacy.

U.S. consumers have started to spend on in-person experiences again, but the pull-back on general merchandise retail spending that is expected to coincide with it has not played out. At least, not yet. Experiential spending reached 91% of 2019 levels, as of the end of 2021, but general merchandise retail spending remained elevated 19% above pre-pandemic levels, according to The NPD Group. Some diminished demand has been evident, with retail unit sales declining in nine of the first ten weeks of 2022, when compared to last year. However, revenue rose in excess of 5% in four of the same ten weeks.

According to a recent study, African-Americans and Latinos are grossly under-represented in the financial services industry and the representation of these groups is expected to drastically decline if hiring and retention efforts are not made a priority by banks and other financial institutions.

What’s the Most Effective Means of Influencer Marketing?

Influencer marketing is rapidly gaining popularity among brand marketers, and according to April 2016 research, nearly three-quarters of US marketers cite ongoing ambassadorships as one of the most effective uses of influencers.

The summer music scene kicked into high gear this weekend during one of the nation’s largest Latin alternative music festivals, Ruido Fest.

Equally as impressive, Hispanics opened businesses — many owned by self-employed individuals — at a rate more than twice the national average of 18 percent between 2002 and 2007, according to the most recent U.S. Census Bureau figures.