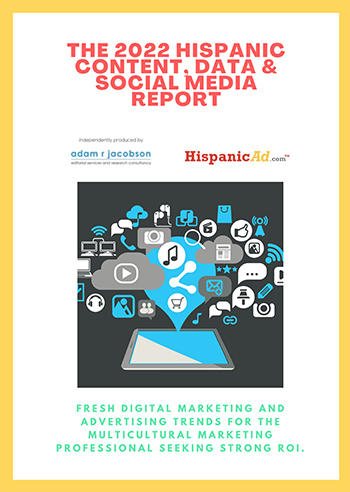 HispanicAd offers its annual report on key Content usage strategies, along with the importance of using Data strategies to engage the US Hispanic Consumer. Social Marketing strategies are reviewed for their performance value.

Hyundai Motor America celebrates Disney 100 Years of Wonder as the exclusive automotive partner for Disney100. The celebration, which honors the rich legacy of storytelling and immersive experiences that have been a hallmark of the company since its founding in 1923, is anticipated to be the largest cross-company global celebration in the 100-year history of The Walt Disney Company.

SocialPubli announced the release of The Latina Influence 2022 Industry Report, which underlines the key motivations, preferences and behaviors of Latina influencers and content creators.

Estrella Media announced that Enrique Guillen has joined the company as its Chief Content Officer. Guillen joins Estrella Media from NBCUniversal, where he served as Executive Vice President, Commercial Strategy and International Development for the Universal Studio Group.

Advertising in the Age of Misinformation: How consumer perception of misleading content impacts brand favorability [REPORT]

Misinformation is an industry-wide issue. Advertisers from across the digital landscape have experienced the effects of misinformation, and nearly half of media experts are concerned that misleading content could negatively impact their company’s reputation in the event of an adjacency. 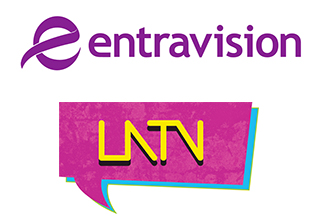 Through shared resources, content collaborations, and customized executions, Entravision and LATV Networks will deliver creative and engagement-driven solutions that will allow access to the growing influential power of Latinos.

Canela Media announced the premiere of “Secretos de Villanas,” a new original unscripted two-part and ten episode series, bringing together for the first time in the history of Hispanic television, six of the most iconic telenovela villains of all time: Aylín Mújica, Cynthia Klitbo, Gabriela Spanic, Geraldine Bazán, Sabine Moussier, and Sarah Mintz, formerly known as Maritza Rodríguez, in her first-ever appearance since her marriage and converting to Orthodox Judaism.

Sitting neatly at the intersection of media magic and creative success is the debate around attention, which was a topic du jour from day one. Advertisers are increasingly keen to create ads that capture and retain attention. Publishers want to show they have the environments that deliver high-quality attention. And Agencies want to place ads where they can generate the most attention for their clients’ money.

As part of the acquisition, NGL Collective ("NGL") is merging with GoDigital's mitú. The new entity will retain the name of NGL Collective.

NBCUniversal Telemundo Enterprises announced the appointment of Sandra Smester as Executive Vice President, Programming and Content Development. In this newly created role, Smester joins the company to oversee the development and execution of programming for the network, beginning in August.

The video-on-demand space (VOD) is fascinating, not least because we have competing businesses approaching delivery strategies from opposing directions – with many now meeting in the middle and betting on a future that borrows the best from every model.

MundoNow is announcing the launch of new Latino podcast network Óyenos Audio. Óyenos will deliver premium bilingual programming that aligns with content expectations from an increasingly savvy Hispanic audience in the United States.

The 2022 Hollywood Diversity Report: Part 1 examines relationships between diversity and the bottom line in a Hollywood context still distorted by the virus. It considers the top 200 theatrical and all major streaming, English-language film releases in 2021, ranked by global box office and total household ratings, in order to document the degree to which women and people of color are present in front of and behind the camera.