Canela Media announced it will exclusively feature season 2 of The Rockstar Show by Nicky Jam on Canela Music, its new app that offers a unique blend of Latin music programming.

Much of the rule-breaking sound and style of punk’s music and political attitude was created and defined by Latinx punk pioneers in the U.S. and Latin America, starting with Question Mark and the Mysterians, the sons of Mexican migrant workers who formed the first band ever to be described as "punk rock" in a music magazine.

After careful consideration and analysis with city and state officials, health and safety experts, the artist community and our many partners, the Recording Academy and CBS have postponed the 64th Annual GRAMMY Awards Show

Uforia presents “Uforia Celebra Explosión Urbana – La Época de Oro” (Uforia Celebrates Urban Explosion: The Golden Age) a televised music special that dives deep into the Latin Urban movement that has taken over the world, featuring exclusive concert footage and interviews with the artists that have propelled a ‘Golden Era of Latin Music.’ 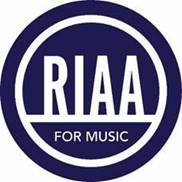 The Recording Industry Association of America (RIAA) released a report that shows that in the first half of 2019, the U.S. Latin music business continued to grow at a double digit pace.

Republica Havas Co-founder, Chairman and CEO Jorge A. Plasencia has been selected to serve on the judging panel for the 2019 Clio Music Awards. The awards celebrate the visceral power of music to connect consumers and brands around the world.

The State of Play in Home Entertainment [REPORT]

At Columbia Records, I had the chance to work with incredible talent. Adele. Beyoncé. Rachel Platten. One Direction. Passion Pit. Ruth B. The lifeblood of the music business is talent. It’s about discovering talent and then letting that talent connect with an audience. At the label, everyone, no matter how big or small their role, exhibited a real sense of pride about making an artist successful.  By Elliot Lum, head of talent acquisition at the ANA’s Educational Foundation

Thanks to Strong Sales, Vinyl Albums Are Off and Spinning

First it was 8-track tapes, then cassettes, then compact discs and now, it’s digital. And for a long time, it looked like digital auditory advancements would ultimately kill off vinyl–perhaps the most potent, transcendent and game-changing form of music content discovery to date.

TouchTunes, an in-venue interactive entertainment platform in North America, released its annual Year-End Music Charts reporting on the top played songs and artists of 2014.  Based on songs played across its domestic network of over 60,000 jukeboxes, TouchTunes’ Year-End review provides unique insight into the music choices of bar and restaurant patrons regionally and nationwide.

SiriusXM announced it has joined with global music superstar Pitbull to create a channel featuring music by the international pop star as well as his personal musical selections.

There’s no way around it—the music industry faces a serious challenge in maintaining revenues in the digital era. Audiences are consuming music through new channels that are still in the process of being monetized, such as online radio, and piracy remains a steady threat to the bottom lines of music companies across the globe.