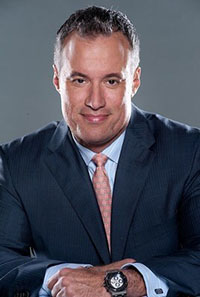 Spanish Broadcasting System, Inc. (the “Company” or “SBS”) announced that Albert Rodriguez, President & Chief Operating Officer has been inducted to the American Advertising Federation (AAF). The fundamental purpose of the AAF is to protect and promote the well-being of the advertising industry and unite professionals of all disciplines and career levels to deliver creative business solutions. With the induction into the AAF, Mr. Rodriguez has demonstrated his leadership abilities in the field of technology and advertising. Througout his career, he has promoted and celebrated diversity in advertising and has helped address many community issues.

“I am honored to be a part of AAF, an organization that embodies what I stand for and what SBS stands for: inclusion, diversity and most of all creating new and exciting opportunities in the advertising world,” said Albert Rodriguez, President & COO of SBS.

“The AAF is excited to add Spanish Broadcasting System to our roster of World Class Corporate Members which includes the Nation’s most recognizable Brands, Agencies, Media Companies, AdTech & MarTech and Social Media. Albert Rodriguez will join our Board of Directors and help shape the future of the AAF. We are proud to Partner with SBS on programs and platforms that will advance our mission to be “The Unifying Voice for Advertising” particularly in the important areas of Diversity, Equity & Inclusion across all Advertising, Media and Marketing industries.” -Steve Pacheco, President / CEO American Advertising Federation.

Mr. Rodriguez has had more than 20 years of leadership and experience, managing the operations & finances of SBS; which include radio, TV, digital and experiential businesses. Mr. Rodriguez was a key player in the transformation of Spanish Broadcasting System into the largest minority-owned multi-media company in the U.S.