Following the constant and consistent growth within the marketing field, Latin2Latin Marketing + Communications (L2L) has announced the promotions and appointments of several of its executives in key positions, under the administration of Arminda Figueroa, CEO and Founder of L2L. 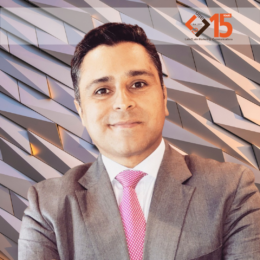 The first appointment corresponds to Renzo Ferro, who joined the company 4 years ago and has served as VP of Account Management and Operations and has also been an important part of the agency growth in the few past years. He has been appointed as General Manager. Mr. Ferro has over 25 years of marketing experience in both client and agency sides and holds a MBA at the prestigious Luigi Bocconi university in Milan, Italy. He has spearheaded multi-channel, omnichannel, and shopper marketing campaigns for retailers and CPG brands in the U.S. along with corporate marketing, communications, and branding in the banking and energy industries in LATAM. He has led multicultural strategies and programs for brands such as Knorr, ConAgra, Barilla, Bush Brothers, Starbucks, and HairClub to name a few. Recent awards include the 2021 Telly for EL Poder del Cabello for HairClub and the 2022 Telly in the Health and Wellness area, as well as in the Social Impact category for working with the Kansas Department of Health and Environment in a COVID-19 vaccination campaign implemented by L2L. 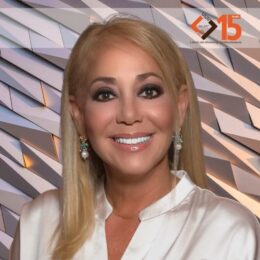 Malule González, has been appointed to Chief Creative Officer and Executive Producer. L2L has been under a steady award-winning streak under her creative direction as one of their collaborators for the past 5 years. González has an extensive career of over 35 years in the media and broadcast sector, including the digital transformation of media platforms. She held different leadership and production positions at Univision Network, Univision Puerto Rico, Telemundo Network, America CV Network, Cisneros Group, and USA Global Media. She is the recipient of five Emmy awards, Puerto Rico’s Premio Cúspide, and most recently, of three Telly Awards and a Communicators Award under L2L. Malule is a magna cum laude graduate of Journalism and Multimedia Production from the University of Puerto Rico. In 2017, she completed the Executive Certification Program on Driving Digital Strategies at Harvard Business School and she’s currently completing The PowerMBA, an online business qualification, with a curriculum developed by business leaders from companies like Shazam, Waze, and Airbnb. 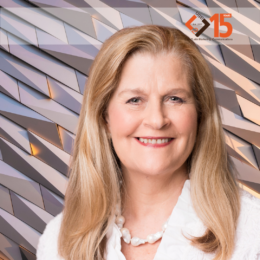 Juanin Reid has worked with L2L under the title of Director of Account Services for close to a decade. Reid has been promoted to VP of Account Services. Mrs. Reid began her advertising career in Mexico City working for the leading ad agency as a writer-producer. After moving to New York City she established a successful career for herself in market research facilitating consumer focus groups. In her role as Director of Account Services at Latin2Latin Reid has led projects with unparallel acumen for PBS Kids and Lennox Hill Hospital as well as manage client services for the important clients like HairClub, the Kansas Department of Health and Environment, Emblem Health and Northwell Hospital.

These esteemed executives have led their teams to great successes in L2L projects, resulting in award recognition including multiple 2021 – 2022 Telly Awards, for their efforts with the Kansas Department of Health and Environment and HairClub; multiple Communicator Awards in 2020, for their work alongside Faces of Prostate Cancer for miR Scientific and Rocabella Brands; the 2019 Creative Communication Award for an integrated campaign with Albizu University; the 2018 Excellence in Communications from the Conference Board for Ana G Mendez University; the 2019 FACES of Gold Coast Magazine Award for being the FACE of Latin Marketing in Fort Lauderdale; and the 2018 Salute to Business Award for Diversity in Business by the Greater Fort Lauderdale Chamber of Commerce.

“I have had the privilege of working day in and day out with these extraordinary professionals who have turned out to be a tour de force with impeccable track records. I am confident that we will continue to accelerate growth and position our clients in the Hispanic market as top leaders with the best team combined with our strategic proprietary tools, award winning creative work, first party data and Ai technology that delivers results and ROI.” stated Arminda “Mindy” Figueroa.

Arminda Figueroa, CEO of Latin2Latin Marketing and Augusto Romano, CEO of Digo Hispanic Media Group (Digo), recently announced their alliance and partnership, consolidating strategic marketing and communications services with the support of digital and Artificial Intelligence. Together, they have an opportunity for immense global growth by implementing their one-stop shop for clients looking to reach market segmentation through non-traditional media.